QUANTUM THEORY is a program that capitalizes on vulnerabilities within applications and networks using a number of hacking techniques. It includes a variety of sub-program

QUANTUMINSERT requires internet backbone access, the placement of secret servers across key areas of the internet. This is done so that requests to visit web sites can be intercepted before the legitimate server is contacted, which tricks a web browser into visiting a bogus web site on a government server. It uses a well known hacking technique called “man-in-the-middle” MITM attacks. Once a web browser is redirected, malware can be inserted directly into the users’ computer.

Combined with other state surveillance tools:

Mission: To boldly go where no… wait, our mission is to support Aspiring Exploit Developers, Researchers, Bug Bounty and Red Teamers to further educate and enhance the industry with well rounded individuals contributing to the adversarial aspects of offense and defense. 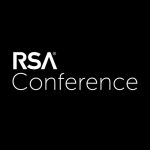